No no, don’t go! We’re not talking about the traffic jams (also called bouchons in french) of Lyon, even though they’re not uncommon… The bouchons we’re on about are a lot nicer. They’re actually a must-visit on your trip to the Gaulish capital, and part of the local heritage.

If you already know about the Festival of Lights, the silk of Lyon and the Festival of Cinema, then you won’t be able to resist a wholesome meal in one of the local bouchons.

You won’t find the stuck-up atmosphere of a Michelin-star restaurant here; far from it! These typical Lyonnaise restaurants serve hearty food in a friendly and warm setting.

But why are they called “bouchons”?

In the past, cabaretiers (wine retailers who’d also feed people for money) would place a bundle of branches outside their shop door, called a “bousche” in the local Lyonnais dialect. These places attracted all kinds of people, from workshop managers and the middle-class, to silk workers (called canuts) and regular employees.

What’s there to eat?

Before we sink our teeth into the menu, let’s nibble on some “grattons” (also called “frittons”), which are bits of fried pig fat, that pair perfectly with a “communard”, a mix of red wine and crème de cassis. It’s the cousin of the kir (which is the same but with white wine).

On a typical bouchon menu, you’ll find much more than just offal-based meals. For example, there’s the tablier de sapeur (literally, ‘the sapper’s apron’), which is ox tripe marinated in white wine and cooked in stock before being coated in breadcrumbs. Rognons de veau (veal kidneys) cooked in cream and mustard are another local delicacy, which you can try at Café du Peintre.

On the menu you’ll also find “cochonailles”, pork-based dishes like andouillette; or the classic “pâté en croûte”, a pâté cooked in shortcrust (or puff) pastry. Its method of preparation varies from bouchon to bouchon, using more or less expensive cuts of meat: pork shoulder and chicken liver for the basic version, duck foie gras or sweetbread for something a bit fancier, with hazelnuts and mushrooms… Did you know there’s even a pâté croûte world championship?

The entrées you’re sure to see on a bouchon menu include the famous “lyonnaise salad”, made from (often frisée) lettuce, lardons, bread croûtons, and a soft-boiled egg.

If that type of dish doesn’t get you salivating, then maybe you’ll go for a classic, well-puffed quenelle de brochet (freshwater fish straight from the Dombes, not far from Lyon). It’s served piping hot in a cast-iron dish straight from the oven, and comes swimming in a Nantua sauce made from béchamel and crayfish butter. There’s also the filet de volaille (from Bresse), served in a cream sauce with morel mushrooms.

Before you order dessert, have some “cervelle de canut”! It’s got nothing to do with real cervelle (brains): it’s actually fromage frais whisked with finely-chopped shallots, minced fresh herbs (chives), and salt and pepper. It’s traditionally served in a bowl with some toasted bread (and possibly some cooked potatoes). So what’s with the name? Canut, fairly poor silk workers, replaced lamb brain (which was too expensive) with this delicacy, which became a very common meal for them. It may also appear as a starter in some bouchons.

To wash it all down, forget the grand cru: go traditional with a 460 ml “pot Lyonnais” of Beaujolais or Mâconnais.

And to polish it off you have to try the praline pie, which you’ll find in any good Lyonnais bakery or patisserie. It’s a combination of crème fraîche and crushed pralines in a shortbread crust. It’s very simple, but it’s such a treat.

Another dessert, the “gâteau Lyonnais”, is made using a simple cake base to which pears and pink pralines are added – it’s delicious! In summer, you can even find a version that uses apricots instead of pears.

How can I tell the difference between a proper bouchon, and a “tourist trap”?

You can, of course, follow your own sense of adventure; but to avoid disappointment, head to a bouchon sporting a “bouchon Lyonnais” certification label. Nowadays, there are twenty or so bouchons that proudly display this label on their shop fronts.

It guarantees the best experience, in a restaurant ran by a team following a highly-demanding charter of policies: the setting has to invite comfort and have a friendly but authentic atmosphere, and they have to serve simple dishes prepared on-site using locally-sourced ingredients.

There’s another Lyonnais tradition that sadly gets lost in our busy lives, the mâchon, which is a meal you eat early in the morning. After a night of work, the canuts, silk workers who lived in the Croix-Rousse district in the 19th century, would get together to enjoy a meal of cold-cuts and a “pot Lyonnais”. Even though this kind of breakfast isn’t well-suited to modern life, some bouchons are carrying on this tradition, and from early morning you can “mâchonner” (chomp) on this breakfast at La Meunière, Café du Peintre, Vivarais, or Poêlon d’Or. How about it?

Here’s my advice: If you’re visiting Lyon, be curious! Cross the threshold of a bouchon and try a few different dishes; their appearance is deceptive! Food is a great way to get a feel for the local DNA. And don’t just limit yourself to bouchons either – head into a bakery or chocolatier too and try some praline-based specialities, or sit yourself down in a wine bar to discover the designations of origin the Rhône has to offer. And if street food is more your cup of tea, you can even try “Lyonnais tacos”, which were invented here. But that’s a story for another time… 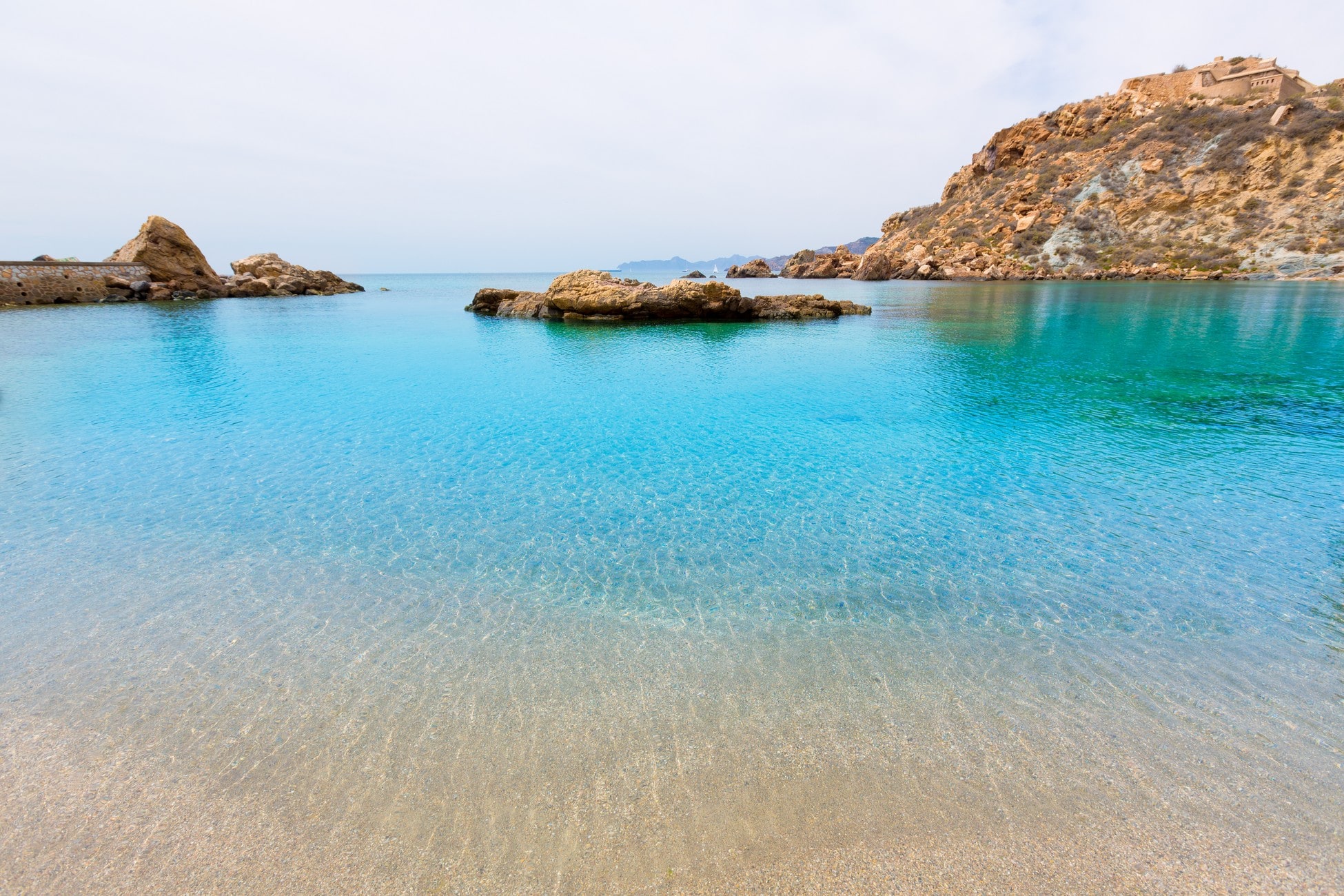 Murcia
Retreat to the region of Murcia and extend your summer Sep, 8 2021

Summer on the Costa Cálida isn’t limited by dates, nor does it follow the flow of the calendar. September is still the perfect time to enjoy the summer you promised yourself, and there’s no better place than in this exceptional corner of the Mediterranean. Sun, endless beaches, the 1,001 flavors that earned this region the […]

Step through the doors of Castellón airport into a land with a rich and varied gastronomy built on the quality of its produce, both on the coast and further inland. There’s a reason Castellón is considered the capital of the Mediterranean diet: eating well is in the local’s DNA. Today, we’d like to introduce you […] 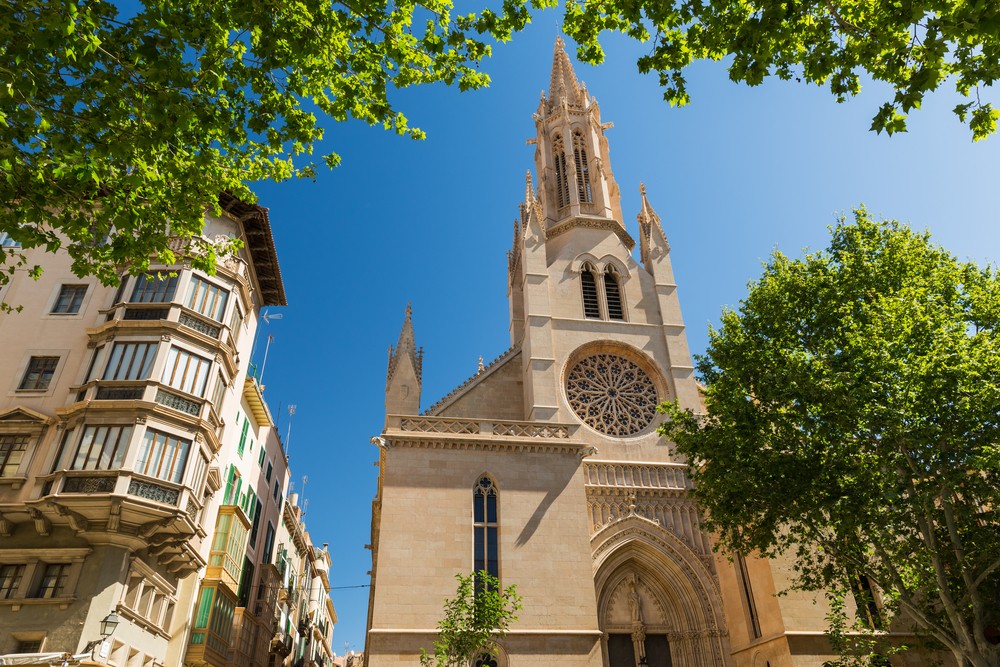 Majorca
Places and flavours of Palma de Mallorca May, 12 2022

Palma de Mallorca is one of those cities you can enjoy every day of the year. This city has been a melting pot of cultures for the nearly 2,000 years, so if history’s your thing, check out iconic buildings and hidden places you could only dream of. Whether you prefer sweet or a savoury, treat […]