Allow me to put forward a casual wander up and down the Gallic capital, on the lookout for the city’s most beautiful works of street art.

This stroll will take you off round the Pentes de la Croix Rousse, up near the Cité Internationale and, heading further south, down into the 7th Arondissement. Get your smartphones and cameras locked, loaded and charged up for some snaps that’ll make you the envy of your Instagram followers!

You can explore all of these locations on foot, or even by bike using the city’s free bike service, VeloV.

This dazzling community project saw the artist Genaro Lopez add a splash of colour to every single one of these steps located on the slopes of Croix Rousse, with the much-appreciated help of local residents. This unique and successful improvement was to the great joy of neighbours, and also serves as a welcome distraction from the otherwise rather stiff stairs! The work of this artist echoes the influences of his time spent travelling in South America, and the lively colours he employs bring a less-than-common tone to these slopes…

The Mermet Stairway by Wenc

Another superb example of a street art staircase can be found not too far from the one mentioned above. It was brought to life during the Urban Collisions festival with the Superposition gallery, and it functions as a sort of pathway, taking you from Burdeau road to René-Leynaud. The artist responsible for these great plumes of yellow and blue is called Wenc, and it’s not uncommon to see people stopping and posing for snaps and selfies on any one of the 80 steps. It’s hardly surprising, I must say, since you end up with something truly Instagram-worthy!

The Wall of the Place des Tapis

If you managed to haul yourself up all those stairs, you’ve pretty much made it to Place des Tapis, which is located right at the very heart of the Croix-Rousse district. Frescos abound thanks to Mur69, an association seeking to promote urban art, which invites artists to participate in this 125m2 wall with a design that hasn’t stopped changing since 2016! Its current theme is a poetic, soft, and colour-filled painting of a woman adorned in silk, a piece by artists Heta and MonsieurS. It brings to mind Asia, China, and the beginning of the silk road. By the way, the floral motif on the fabric she’s wearing is a reproduction of a real motif found at the silk museum, which can be found close by. (10 rue d’Ivry)

One Hell of a Look by Big Ben

Those different-coloured eyes, do they look familiar? Right, of course, that’s David Bowie looking back at you! Big Ben, the Lyonnais master collage artist, installs his fleeting, fragile works of art all over the great city of Lyon. This one is, thankfully, protected from the rain and was affixed to this wall a few years ago, immortalising the image of this sorely-missed and truly iconic singer.

The Muse of Comedy by Auburtin

The original façade of the Nombril du Monde (or ‘The World’s Bellybutton’) is an absolute must-see. This is where Charles Auburtin painted the muse of comedy, Thalia, alongside Melpomene, the muse of song. Here, you can also show your support for the many members of Lyon’s side-splitting comedy scene.

It’s a bit out there, and maybe it’s better-suited to the keener amongst you (but totally possible for a street art fan!), the work of Portuguese artist Add Fuel borrows the conventions of Azulejo, a style of Portuguese and Spanish tilework, and works in the causes championed by the non-governmental organisation RED: the fight against AIDS, tuberculosis and malaria. It’s also a fantastic excuse for a trip to the pictures, since there’s a cinema close by.

Proud to bE Lyonnais

Flashback to 2018: the French team has won the football World Cup. If you’re a fan of the game you’re no doubt already aware that there were three members of that team who wore blue vests. They’ve been immortalised in this mural by Vincent and Julien, two artists from the Art Up Lyon collective. They’re joined by Nabil Fekir, Samuel Umtiti and Corentin Tolisso, who together formed the group when they played in the Olympique de Lyon, the local team, and who are “proud to be from Lyon” (as the name of the piece suggests). Painting this fantastic piece took them barely four days, in a real stroke of mastery.

A true wall of expression, led by the la voie de l’écrit (the writing approach) association, this space known as La Gâche (which means ‘the square’ in Lyonnais slang) is regularly paraded by local graffers expressing themselves on the four-by-eleven-metre wide wall which has been reserved specifically for their craft. I’ve chosen to use this photo to show you one of my favourite pieces, painted by Osru some time ago, although I’m sure you’ll also enjoy whatever it is that’s painted there now, since generally the folks getting stuck in are very talented.

A crocodile woman, a monkey man or a bird. Such strange anthropomorphic animals can be found cycling along the Montée de la Grande Côte. It’s something to admire only when Alternatibar (the Maison des Alternatives) is closed, because you can find them on the shutter doors. Anthony Brooks is the artist behind these intriguing works, and they are painted in contrast of a bright yellow background.

You may just recognise Lyon’s very own Monsieur Paul (Bocuse), the great chef emblematic of not only the gastronomy of Lyon, but also France (think Disney’s Ratatouille – this is who Auguste Gusteau, the chef who inspired the titular rodent cook, is based on). Located just across the food court that today bears his name, this portrait pays homage to him and his legacy.

This enormous fresco, by the highly celebrated Chilean artist Inti, was painted during the first edition of the Wet Paint street art festival in 2019. Entitled ‘Soleil’, it brightens up this otherwise plain avenue. It features a child in dungarees with his head inside a sun composed of yellow flowers (be sure to take a good look, there’s plenty of little details to be found all over the piece), holding a dead bird. Psst, by the way, if you search a little around here, you’ll find a piece by BordaloII and Satr nearby!

Where can you find them? All over Lyon!

For a long time, I’ve been obsessed with the ‘pavement plasters’ of Emenem (no relation to the American rapper, Eminem), whose name came to him when he was listening to the roar of his motorbike firing up. The artist finds spots of damaged asphalt and performs repairs with elegance and sometimes humour, always adding a splash of colour, to the great joy of passers-by. This ‘Ace of Diamonds’ is in a style all of its own, and I take great joy in stopping to get some great snaps of these mosaics (or ‘flackings’ as he refers to them). There’s a good sixty or so of them dotted all over Lyon, so you’re sure to find one under your feet as you walk along!

If you get the chance for a ramble around Lyon’s surrounding area, I suggest hopping on a bike, a bus or the tram (T7) to Groupama Stadium, which is found in Décines-Charpieu.

Regular guided tours are organised to help people discover the behind-the-scenes areas that rile up supporters of Olympique de Lyon, amongst others. Beneath the terraces of the stadium there’s a hidden treasure: a real-life art gallery that has welcomed names both big and small in the world of street art: Mantra, Heks Van Hillik, Dourone, Birdy Kids, Alber, to name but a few… It won’t let you down, guaranteed!

In addition to street art, Lyon is a city that has much more to offer: history, culture, gastronomy … search now for your cheap flight to Lyon on Volotea and get ready to discover a must-see city! 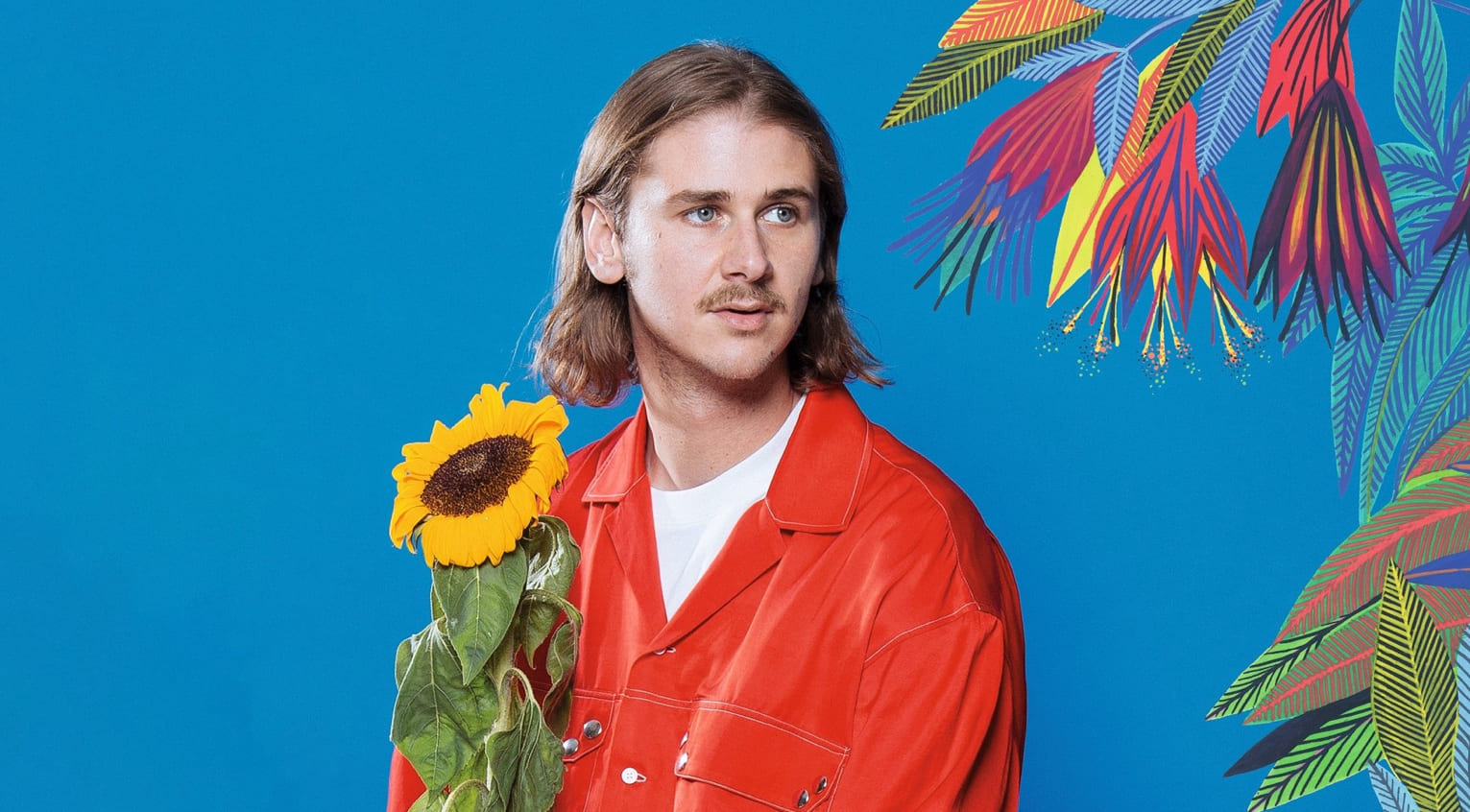 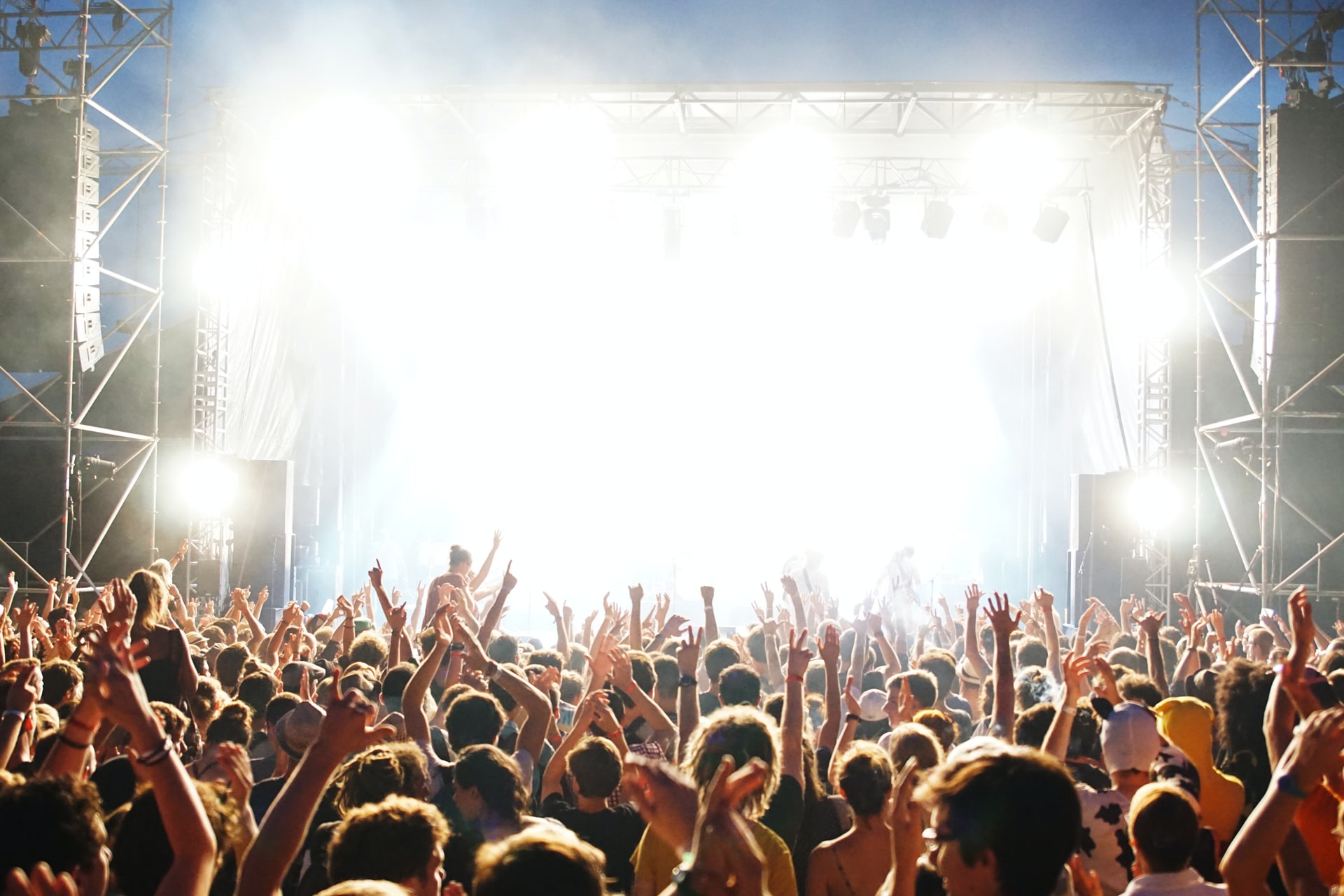 Ferragosto, the Italian public holiday on 15 August, is the perfect time to celebrate and have fun in the most beautiful and lively holiday destinations. One such destination is Olbia, where, this year, we can finally go back to holding each other and dancing under the stars to the sounds of our favourite songs at […]