Flamenco is the most popular form of artistic expression in Spain so watching a live performance is a must for anyone visiting Andalusia. This musical genre was actually declared an Intangible Cultural Heritage by UNESCO in 2010.

It is part of the culture and heritage of this region of Spain. When you visit a ‘tablao’ (as flamenco venues are known) or watch a flamenco show for the first time, you’ll see that it is both an art form and a feeling that runs through the veins of the artists, from the moment their heels begin to tap on the stage and the guitar begins to play. The dance itself shows off the body of the female dancer, while the accompanying clapping conveys a whole host of emotions, whether the story being told is one of passion or of sadness.

Flamenco encompasses different musical styles, so you’ll have to find out which one you find most inspiring: whether it’s ‘sevillanas’, danced at Seville’s ‘Feria de Abril’, ‘bulerías’, usually performed during festivities in Jerez de la Frontera, or one of the many other styles, including  ‘toná’, ‘soleá’, ‘seguiriya’, and ‘fandango’.

The best way to experience flamenco is at a live performance, and in our view, these are the most authentic ‘tablaos’ in Malaga, Seville and Granada.

Tablao Cal y Canto: The owner of the well-known flamenco restaurant, El Gallo Ronco (located in the city centre, on Plaza de las Flores), also runs the Cal y Canto ‘tablao’. Visitors can enjoy performances of ‘cante jondo’, a vocal form of flamenco, while they tuck into classic local tapas in a traditional, cosy setting. Its culinary and cultural offerings make this venue one of the best in Malaga. 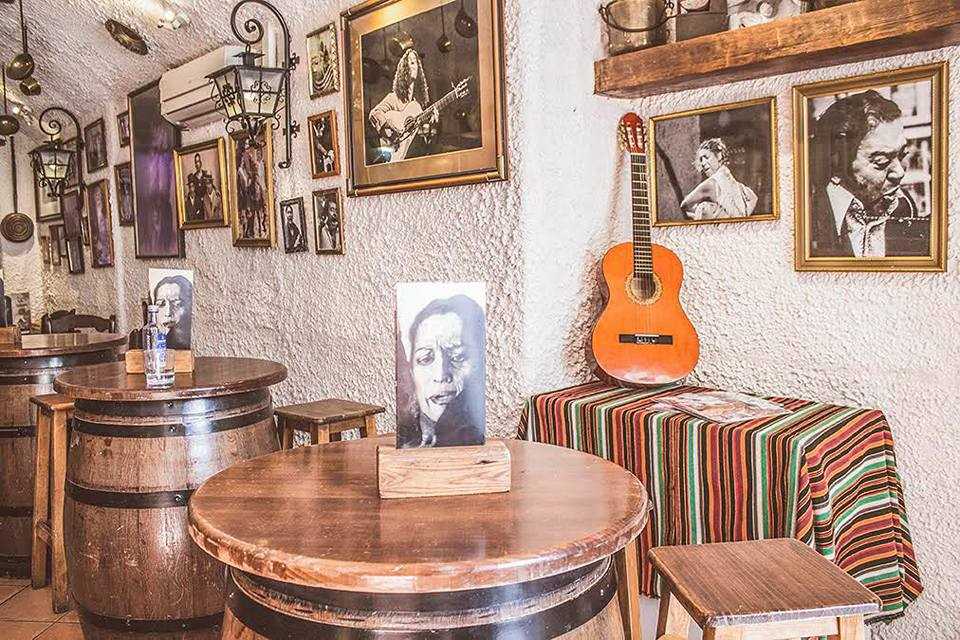 El Burro Blanco (Nerja): The coastal town of Nerja, located 56 kilometres from Malaga, is home to this ‘tablao’ which hosts flamenco performances almost every day of the year. It also puts on ‘cante flamenco’ (flamenco singing) and guitar workshops. Whether you have a passing interest or a lifelong passion for flamenco, El Burro Blanco, in the centrally located Calle Pintada, is one of the Costa del Sol’s best-known ‘tablaos’. 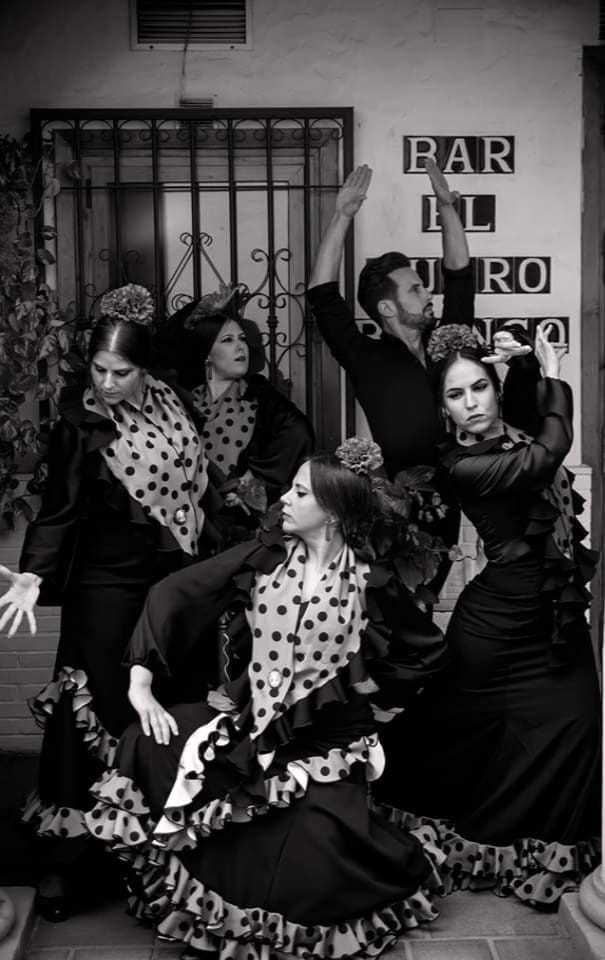 Los Amayas (Malagueta): You’ll find flamenco in its purest form here. It is run by a family of artists who established the first ‘Zambra’ flamenco performances in Sacromonte. They put on live performances that blend dance, vocals and guitar, paying homage to the Malaga-born painter, Pablo Picasso.

La Carbonería: You’ll find this hidden gem with a courtyard, which was once a coal store, on a tiny street in the historic neighbourhood of Santa Cruz. You might have trouble finding it at first as it doesn’t have a sign outside, but this venue is an open secret in Seville. It is one of the most charming places in which to be introduced to the world of flamenco and entry is free, too.

Los Gallos: This is THE flamenco ‘tablao’ to visit in Seville. It has been frequented by numerous celebrities over the years, cementing the prestigious reputation it enjoys today. The venue is small but its size shapes its sounds, resulting in a unique ambience. 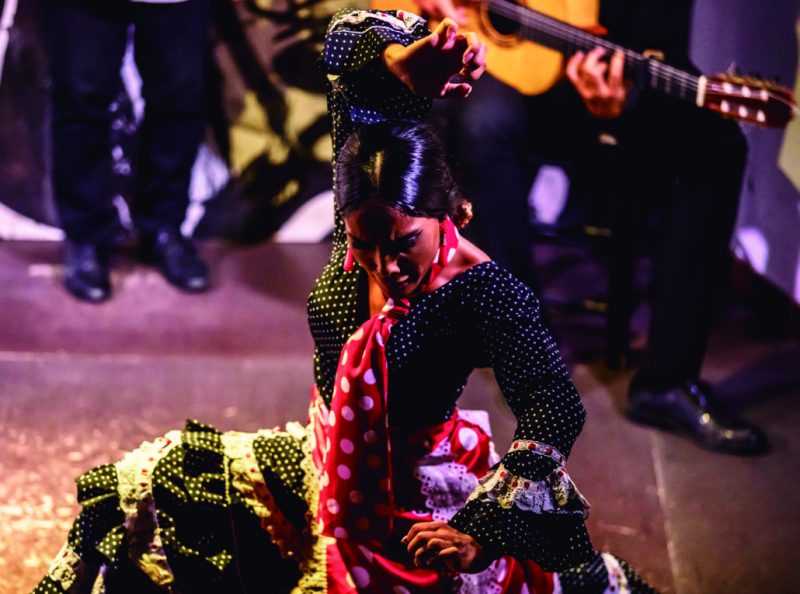 Flamenco in Granada originated in the Sacromonte area. This is one of the oldest parts of the city, which has been declared a UNESCO World Heritage Site. Residents of this part of town used to live in caves, many of which are still open today. The writer Federico García Lorca described these families in his poem, “Gypsy Ballads”.

La Cueva del Rocío:  This neighbourhood is home to the cave-venue, Cueva del Rocío. This is a restaurant that puts on a show every night, known as “Zambra Gitana”. It is run by a family whose links with flamenco go back for generations, and who are known throughout Spain for having starred in a TV programme called The Gipsy Kings. They were even visited by Michelle Obama on her trip to Spain.

Zambra María la Canastera: This is another of the Sacromonte’s caves, which has been converted into a museum. Traditional dances and songs from the region are performed here every night.

Tablao Flamenco Albayzin: Set in the Plaza Mirador de San Cristóbal, with its breathtaking views over the Alhambra, is one of the most famous ‘tablaos’. It has nurtured and launched the careers of several artists, and continues to offer a nightly performance featuring different artists and special guests, in which visitors can see elements of the dance that originated in Mozarab culture.

Now that you’ve got our recommendations, there’s no excuse not to go and enjoy a beautiful flamenco show, and to discover the essence of Andalusian culture. Olé! 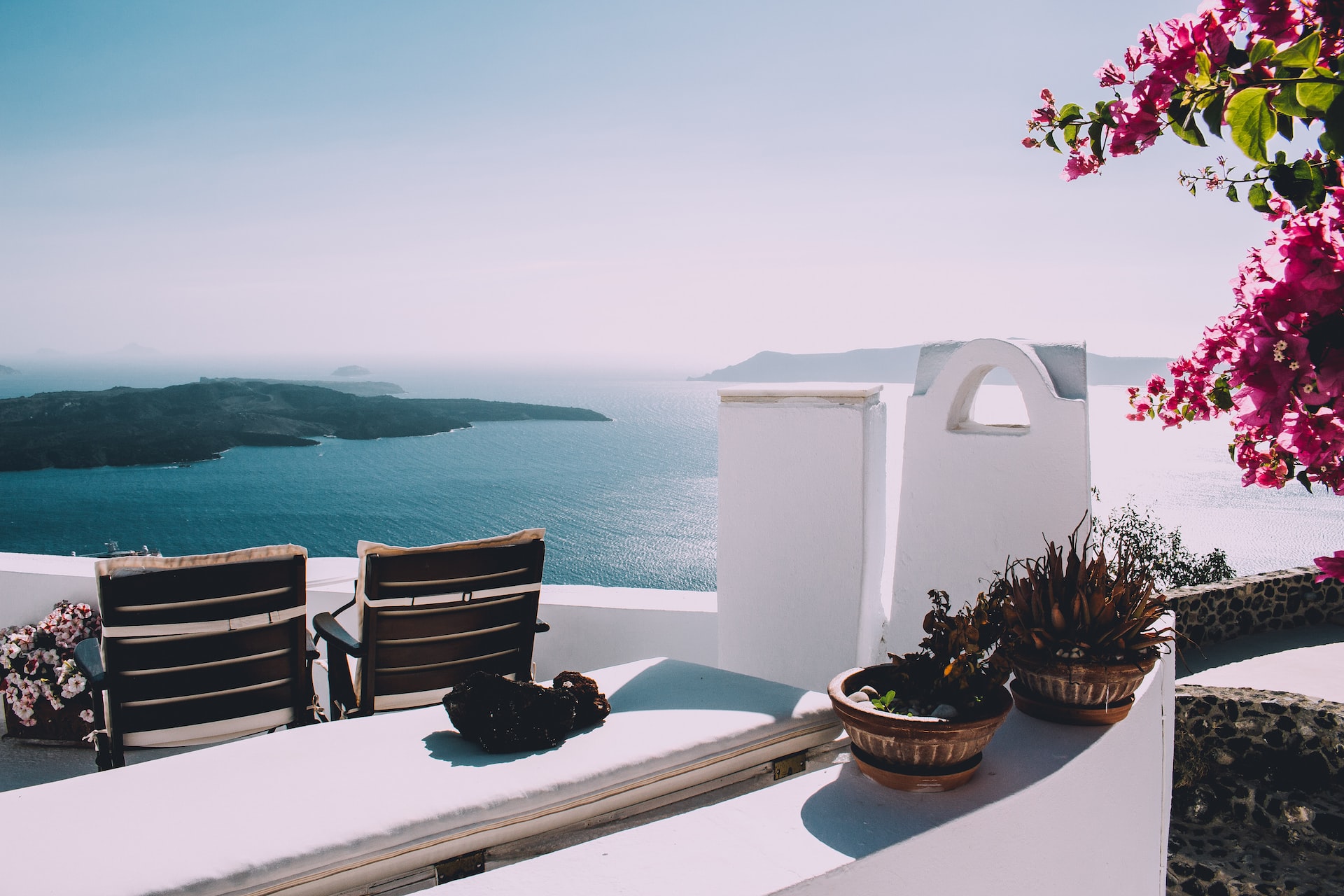 What better gift that a romantic getaway? From the Mediterranean seaside to the most beautiful cities in Europe, here are some ideas for destinations that you're sure to fall for head over heels. 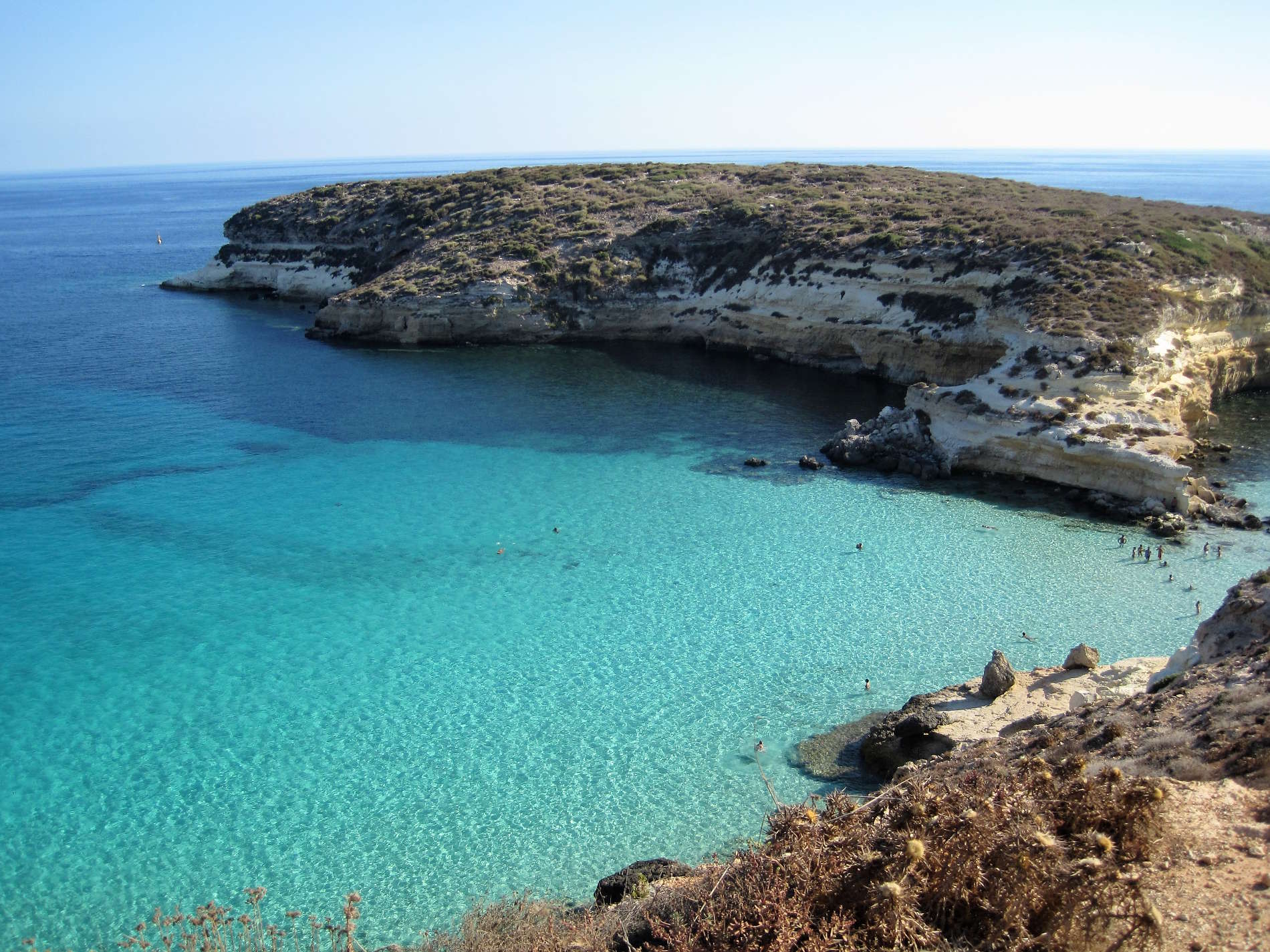 Discover the island in the blue heart of the Mediterranean, whose charms will make you fall under its spell no sooner than touching down there: Lampedusa. A holiday here is not just a full immersion in dream beaches caressed by a crystal-clear sea of a thousand shades! Its authenticity, its breathtaking landscapes, the thousands of […]