Greece is certainly one of the places where we would all like to go at least once in a lifetime, both to discover Athens and to enjoy the beauty of the Aegean islands

Athens, the cradle of civilization, the center of culture and classical art, philosophy, mythological and heroes’ stories and now the economic and political center, preserves countless stories, riches and precious activities to be discovered.

Between a visit to the Acropolis, a walk in Monastiraki and an aperitif on the beach, this city really has a particular charm.

In addition to Athens, Greek islands also represent a heritage for the beauty of the sea, landscapes and people. Crete, Mykonos, Santorini among the best known, followed by Kos, Kalamata, Skiathos and many others offer wonderful sights scenarios.

In a nutshell: to be amazed!

To find out more about Athens and the Greek islands below we recommend a series of readings and films that can serve as a source of inspiration.

My Life in Ruins 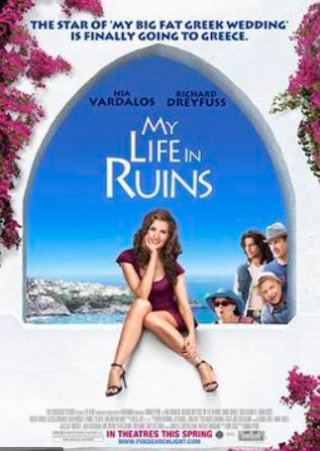 Directed by Donald Petrie (“Miss Congeniality,” “Grumpy Old Men”) from a screenplay by Mike Reiss that is larded with stale 1970s-style sitcom humor, “My Life in Ruins” has none of the homey authenticity of “My Big Fat Greek Wedding” (which Ms. Vardalos wrote). Seven years after her breakthrough, Ms. Vardalos may be slimmer and more glamorous, but she seems less real. Her character is an aspiring professor who, desperate for work, has taken a job as a guide for a second-rate touring outfit that buses visitors to the Parthenon and other ancient sites.

“Georgia (Nia Vardalos) came to Greece to follow a man. A few years later, she’s been cast aside — alone and adrift in a foreign land. Eventually, her passion for history leads her to a job as a tour guide. But Georgia is bored, and has lost her “kefi” (Greek for mojo) to boot. When taciturn sasquatch Poupi (Alexis Georgoulis) replaces the regular driver at the last minute, the frazzled tour guide thinks that her luck has just hit rock bottom. Thankfully, Georgia’s latest batch of tourists is a more lively bunch than she’s anticipated, and in between bouts with rival tour guide Nico (Alistair McGowan), she manages to form a genuine connection with wisecracking widower Irv (Richard Dreyfuss), a solo vacationer who maintains a jovial facade despite the fact that he misses his late wife dearly. With a little help from Irv, Georgia comes to realize that true love may be closer than she thinks — if she could just recapture her kefi and open her eyes.” 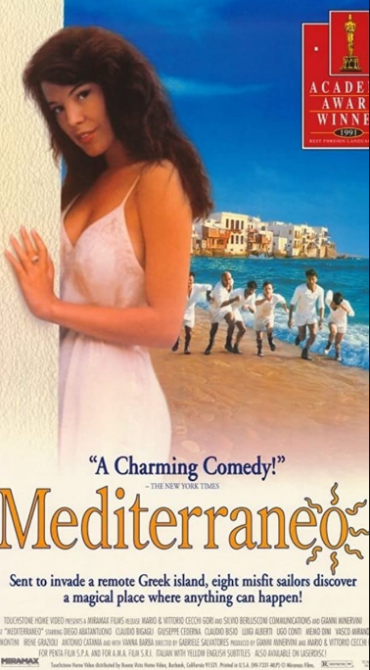 Gabriele Salvatores’s “Mediterraneo” is a deliberately charming comedy whose most daring conceit is that love, in one form and another, makes the world go around. Actually, it’s somewhat better than it sounds, having the good sense not to slop over into the sentimentality that awaits it at every turn. Mediterraneo was nominated in 1992 for the Oscars as best foreign language film.

The time is 1941, a year after Italy joined Germany in the war against the Allies. A small group of undisciplined Italian soldiers is dispatched to a tiny Greek island in the Aegean for four months of lookout duty. They include a young lieutenant with a passion for art, a robust sergeant who is the font of all Army knowledge, a former farmer accompanied by his beloved donkey, and other particular types.

For a while the soldiers live in edgy expectation of unforeseen calamity. There is a village on the island but no sign of people. One night they see a terrible explosion on the horizon and realize that their relief ship has been torpedoed. As if that weren’t enough, the owner of the donkey goes temporarily mad when the animal is shot by accident. In a tantrum of grief the soldier destroys the group’s radio. The men lose all touch with the world outside. 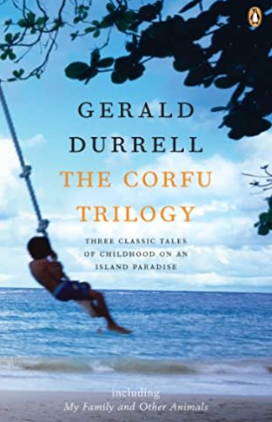 The Corfu Trilogy consists of the popular classic “My Family and Other Animals” and its delightful sequels, “Birds, Beasts and Relatives” and” The Garden of the Gods”. All three books are set on the enchanted island of Corfu in the 1930s, and tell the story of the eccentric English family who moved there. For Gerald, the budding zoologist, Corfu was a natural paradise, teeming with strange birds and beasts that he could collect, watch and care for. But life was not without its problems – his family often objected to his animal-collecting activities, especially when the beasts wound up in the villa or – even worse – the fridge. With hilarious yet endearing portraits of his family and their many unusual hangers-on, The Corfu Trilogy also captures the beginnings of the author’s lifelong love of animals. Recounted with immense humour and charm, this wonderful account of Corfu’s natural history reveals a rare, magical childhood. 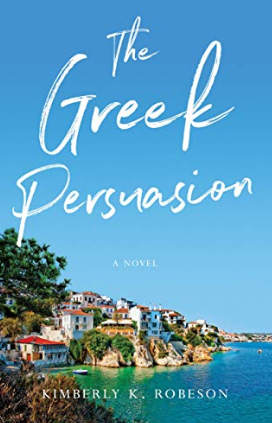 Consumed by a myth about Zeus, a magic sword, and soul mates, Greek-American professor Thair Mylopoulos-Wright has spent much of her life searching for her Other Half. At thirty-one, she spends a summer in Greece; there, alone on a tranquil island, she begins writing stories about her grandmother’s experiences in 1940s Egypt, her mother’s youth in 1960s Greece, and finally, her own life in contemporary America—trying to make sense of her future by exploring the past.

Spanning Thair’s life from thirty-one to thirty-six, The Greek Persuasion explores human sexuality, the complexity of mother-daughter relationships, and the choices women of different generations make when choosing—or settling—for “Mr. (or Ms.) Good Enough.” Will Thair ever find that missing part of her that Zeus chopped off with his magic sword? Or is the concept of The One just one big fairy tale that has left her searching for someone who doesn’t exist? 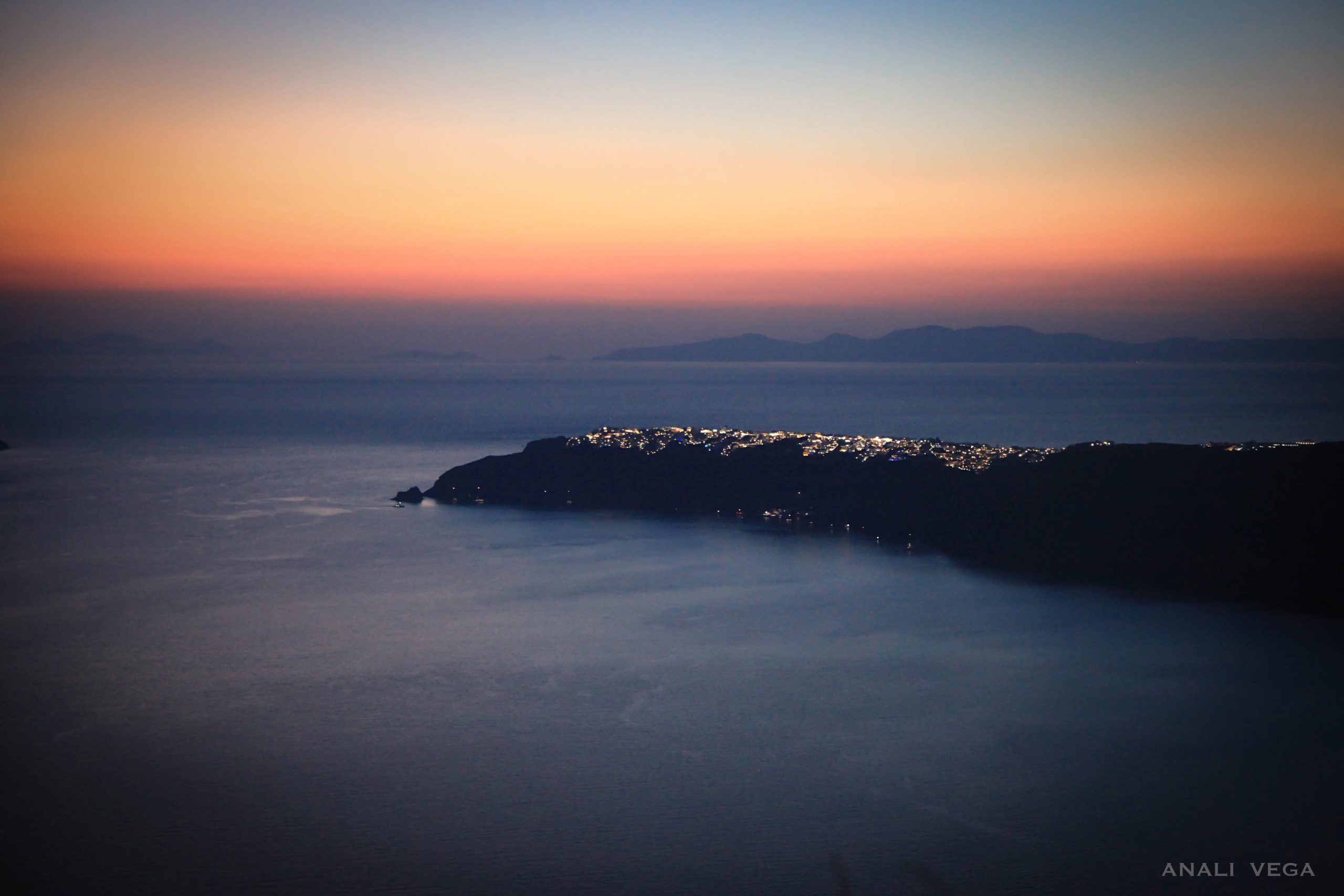 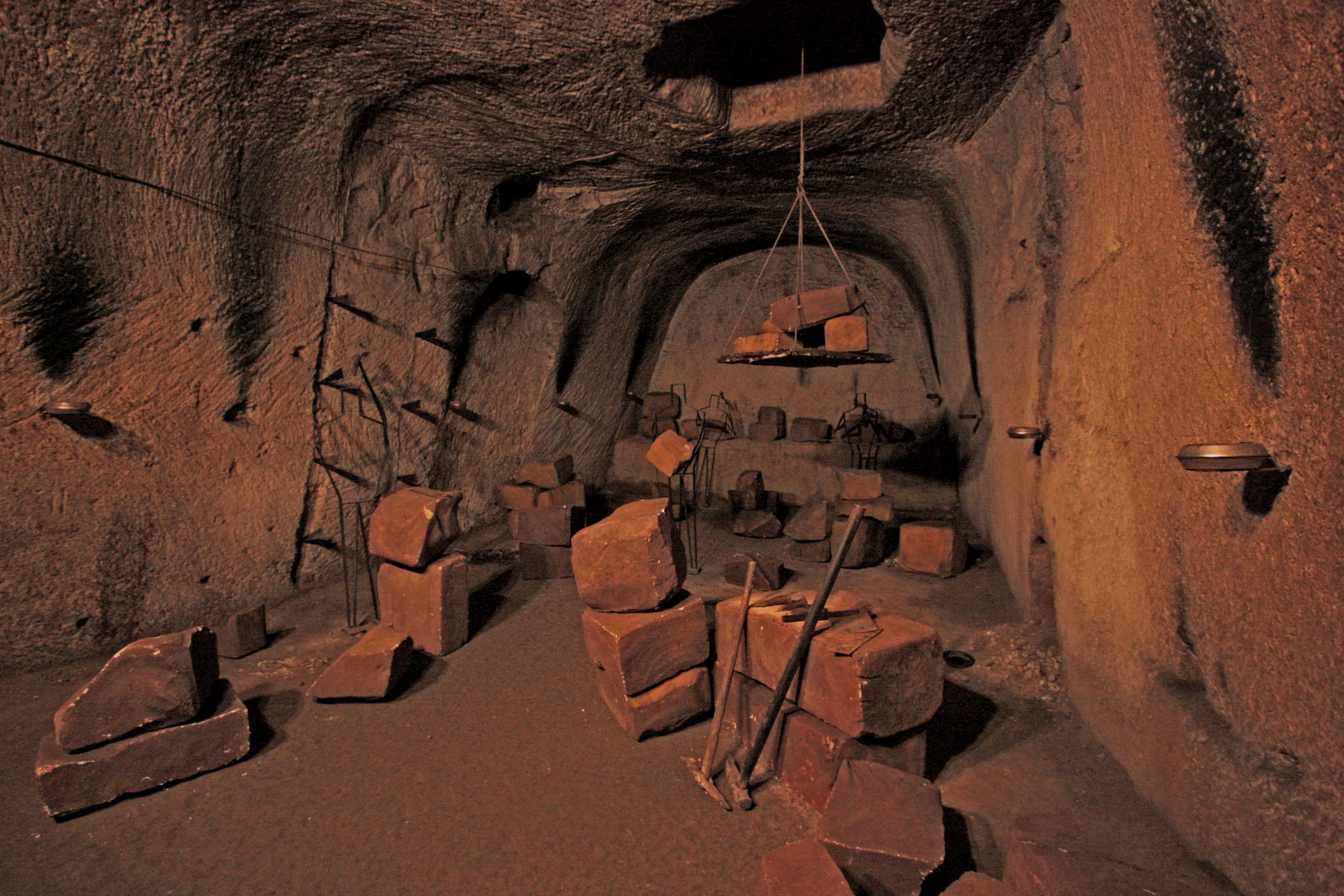 There are so many things to see in Naples that there’s a real risk of forgetting one of the important ones: the Cathedral, Castel dell’Ovo, Castel Nuovo, the National Archaeological Museum, Piazza del Plebiscito, the Veiled Christ… the list could go on and on. But beyond the absolute must-see main attractions, one of the experiences […] 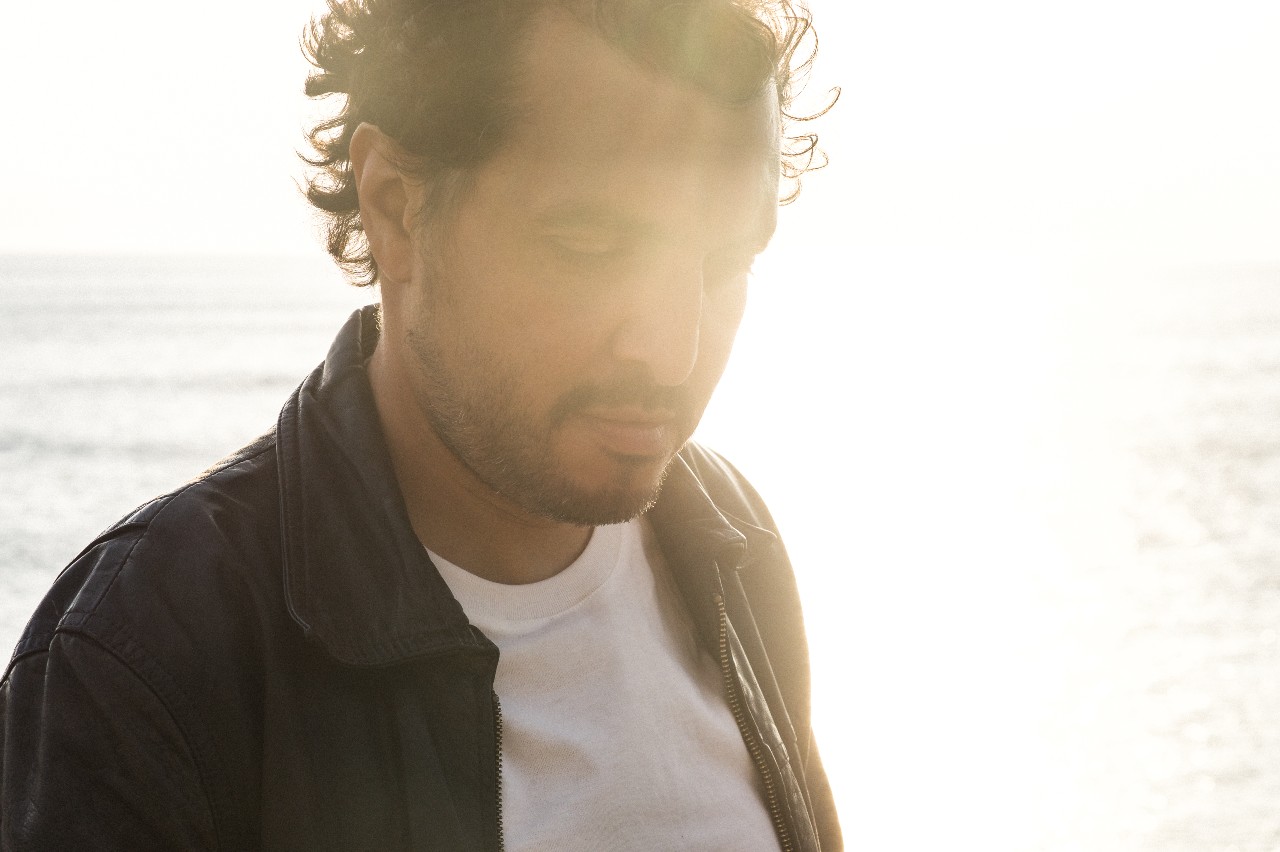 Marseille
Get to know Marseille by the musician Kid Francescoli Jun, 5 2022

Are you thinking of travelling to Marseille soon? We would like to accompany you with music! We have created a special Marseille music playlist with only local artists. To learn more about this beautiful city in the Provence region, we got in touch with hit electro-pop artist, Kid Francescoli. As he’s a local, we asked […]